Does tweezers labor or slogan?

tweezers adopts the leverage principle, but some people say that tweezers is a labor-saving lever, while others say that Xunzi is a labor-intensive lever and that the situation is all too prevalent.

In the end, whether it is a labor-saving lever or a labor-saving lever, in fact, it can be controlled according to its own measures to save the effort or hard work, from the length of the resistance arm, the forceps is a laborious lever, because the resistance arm of the forceps is larger than the power arm, but although It is laborious to use, but if it is used properly, it can be saved. It depends on the occasions used by Xunzi. If the dice are used for those elaborate tasks, the use process will take some effort to shorten the distance. To achieve the goal, and if you are using some gravimeters, then do not pay attention, then such a tool is a labor-saving lever, why is it a laborious lever, when the forceps clip to the object resistance point at the end of the forceps, but in the folder There is also resistance before the object. Before the object is clamped, the resistance comes from the elasticity of the second arm. The point of action is at the connection point of the two arms. We look closely at the tweezer. Its fulcrum is at the intersection of the two iron bars. We grasp The place to touch is in the same line as the place to be clamped, so it is very clear that the power <Resisting arm, (only other hand on the object is equal to the time, but this does not need tweezers), so forceps lever is laborious. Although the dumplings are laborious, they are widely used and can be used in most fields. They have obvious functions and they can be used in most fields, especially in the fields of pharmaceutical and industrial fine scientific research

Celina: May I help you?

No Thanks Chat Now 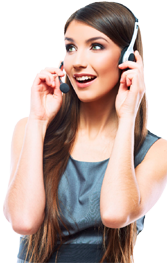